First, imagine we have two skill groups at a site. This is how the queues work:

However, in order to understand how Queue Callback ports works, you need to think about all skill groups collectively (at least the ones set to offer Queue Callback).

Next, think of Queue Callback ports as "how many people will hear the Queue Callback offer announcement". This is NOT how many total callbacks can be scheduled.

For example, let's pretend the caller in position #3 chooses to schedule a callback. Once successfully scheduled, they will no longer be on the phone but their spot in queue will be held. However, the caller who is in position number #5 will now hear the Queue Callback message. 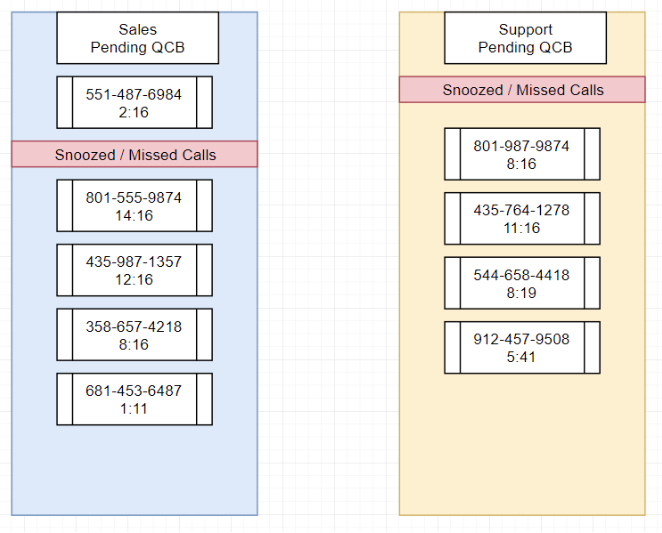 Because the number of ports may not be enough to cover all the calls waiting in the queue, it is crucial that the "Queue Callback Related" setting for any queue announcement offering Queue Callback is set to "True." This includes any composite or custom messages that offer a queue callback.

Updated about 3 years ago